Calcium Not Just for Bones 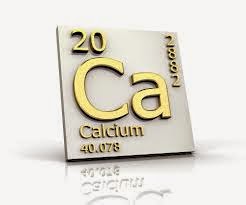 Many lay people believe, calcium is only existing, needed, and having a vital role to the bone, especially for preventing brittleness, alias osteoporosis.

The inaccurate views are understandable, given more than 98 percent of calcium is domiciled in the bones. However, it's wrong if you assume, calcium role outside the bones is just as the underdog.

Although the number is a minority, calcium army outside the bone is more aggressive and has a very important role in preventing osteoporosis. It supports the activities of enzymes, hormones, nerves, muscles, and blood clots.

Calcium in the blood is even a measure of the balance in the body determined by parathyroid.

Conversely, when calcium in the blood is reduced or dropped, parathyroid will grow or change calcifediol into calcitriol. Then happens the calcium absorption increase from the intestine. When you don't lack of calcium, the body has a chance to absorb from the kidneys, so that the levels in the blood return to normal.

Vitamin D is one source of calcium. It can be obtained from fish, liver, and egg yolks. Because it's not water-soluble, this vitamin can't be discarded if the stock in the body is excessive. In fact, the buildup of vitamin D can increase the production of calcitriol. In the end, it's resulting in demineralization of the intestine and bone.

Fortunately, cases of vitamin D excess are rare, even if it's there, it's usually because of excessive swallowing of supplements.

It'd be noted, the daily requirement of vitamin D is about 400 international units (IU) and shouldn't exceed 2,000 IU. Cow's milk is the best natural source of calcium as most easily absorbed by the intestine. One liter of whole milk, for example, contains 4-40 IU of vitamin D3. One egg yolk contains 150-400 IU of vitamin D3, and powdered milk is usually fortified with vitamin D2 as much as 400 IU per liter.

Vitamin D supplementation is only needed if you're less exposed to the sun.

Finally, osteoporosis is more common in aging men and women. The most effective prevention efforts would occur at young ages, 10 to 35, generally characterized by the woman's fears of her slimness. It's no wonder that the process of bone mineralization in women often don't walk up.

If the bone mineralization before menopause has been interrupted, the risk of developing osteoporosis becomes much greater.

To prevent osteoporosis, the choices are only two. Take the trouble in your youth by eating calcium properly then have fun later in life, or have some fun first with no regard to the type of intake into the body then suffer from bone loss later.