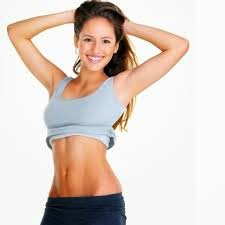 Maintaining digestive health is very important for human because the performance of the system will determine absorbed nutrients and disposal unneeded by the body.

The digestive system will also form short-chain fatty acids useful in the process of immunity. So, having a healthy digestion will strengthen the body's immune system that protects from various diseases, and destroy and eliminate foreign microorganisms which enter the body.

The majority of population is still lacking in fiber consumption, especially of vegetables and fruits, and exercise, and increasing in eating foods that contain preservatives.

Constipation, as a symptom of indigestion, is actually an unsatisfactory defecation marked with less frequency of three times a week, or difficulty in passing feces due to hard stools, so you need to push.

Constipation can affect daily activities that can degrade the quality of life. In fact, constipation quite has a role in triggering the occurrence of colon cancer if it's reached the stage of obstipation.

Constipation can be divided into primary and secondary. It's called primary when under the examination reveal no organic and biochemical abnormalities, whereas the secondary constipation occurs if it's caused by disease or other conditions.

There're several ways to prevent and treat constipation; among others are increasing the consumption of fiber, multiplying physical activity and exercise, and drinking a minimum of two liters of water per day on a regular basis.

Another way is with probiotics, living bacteria added to foods that have beneficial effects by improving the health of the intestinal flora. Probiotics are living microorganisms, when used in appropriate amounts, that can provide health effects on others.

Functions of probiotics in the body are various, such as helping the absorption of nutrients. In the digestive system, probiotics help to fight bad bacteria and play a role in the intestinal ecosystem. Not only to treating constipation, probiotics can also be consumed daily as they're good for intestinal health and absorption of food.

Consuming probiotics regularly can be used as a starting point for people to have a healthy life.

How to Lose Weight with Carb Cycling

The Body and Brain Diet

How to Lose Weight in 7 Days

Get a Flat Belly with Yoga