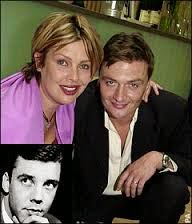 The theory of sexual imprinting, the child is closer to parent of different sex, the daughter to her father and the boy to his mother, doesn't occur in all humans, but as long as you know, it's rightly proven on animals.

Male zebra, for example, is eagerer to females which have a line style similar to its mother. Sheep fed by goats prefers mating with them, and vice versa. However, don't worry. There's no evidence, in both humans and animals, they're eager for their own fathers or mothers.

In each monthly period, women experience a fertility and ovulation. At the time of ovulation, the estrogen rises, and it's reflected in the appearance. At the same time, testosterone also appears to encourage sexual desire.

Twenty-four percent of couples are more likely to have sex when the woman is in the five days of ovulation than any other period in one month.

So, often in this grave period, woman is tempting to anyone she considers interesting. It's only for a moment, and in truth, actually, she doesn't like the kind of guy. Thus, the right word is: beware, beware!

Between Shades of Gray