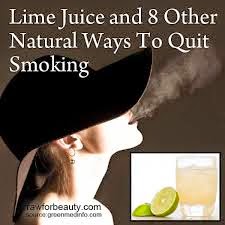 Lime has been known as cough medicine besides a refreshment for gravy soup, but there're still other uses of the plant that likes the open with a good air circulation.

Some properties of lime are including:

Take two to four handfuls of lime leaves. Boil in two to four cups of water. Use this cooking water to compress a patient with fever by washing a cloth in boiling water and being squeezed, and then, it's placed on forehead.

Squeeze a ripe lime. Take one teaspoon of the juice. Mix with soy sauce. Drink three times a day.

Another way is by baking lime briefly over a flame until you expect the juice boiling. Let stand briefly until the lime is lukewarm. Halve the lime and directly squeeze into your mouth so that it flows into your throat. This recipe is also good for colds.

Suck a lime. The sour and fresh taste makes you inflamed for drinking water. Do it several times a day. This way, other than reducing desire to smoke, helps to clean nicotine that's been attached to teeth and mouth.

Prepare lime with limestone paste. After bathing, apply this mixture on the armpits and let some time before being washed. Do it in the morning and afternoon.

Lime juice mixed into tea, in addition to refresh the body, is able to facilitate the discharge of urine.