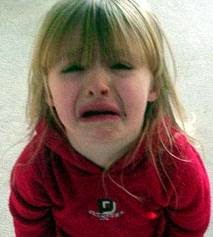 Why can female toddlers talk earlier than the males? Why do men frequently change the TV channel and not able to do the tasks that women typically do? Why can women also do a lot of activities in one occasion and like to cry while men can only focus on one and love to lie?

It's because both creatures are different.

The difference between the brains of men and women lies in the size of the parts: how it relates and works.

The fundamental differences between the two sexes are:

In men, the brain tends to develop and has a more complex spatiality, such as mechanical design ability, determining the direction of abstraction, and the manipulation of physical objects. It's no wonder if the men love to tinker with vehicles.

Men's cerebral cortex is more sucked to perform spatial functions and tends to give a little portion to produce and use words. A set of nerves that connects the right and left of the brain, corpora callosa, of the male's brain is a quarter of the female's. When the male's brain only uses the right hemisphere, the female's can maximize both. That's why women are more talkative than men. Women use about 20 thousand words per day while men only do 7 thousands.

Female's brain contains more serotonin which makes her calm. Not surprisingly, women are more calm when responding to threats which involve physicals while men get mad faster. In addition, women's brain also have oxytocin, a substance that binds human with others or objects. The two things affect the biological tendency of male's brain to act first than talk. It's the opposite with women.

Memory center in the brain of women is greater than the men's. It can answer the question why a man is easy to forget while a woman can remember every detail.

The Boys on the Tracks

Devil in the Grove

The Best Little Boy in the World