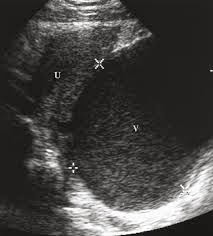 Is it true that there's bad blood? This paper will straighten a distorted sense to eliminate circles' worries.

Those have studied biology, of course, are familiar with the term of clean and dirty blood. Both exist at all! The term of clean blood is used to the flow in the arteries that contains a lot of oxygen and nutrients to the body.

Meanwhile, the blood that flows in the veins is called dirty because it contains less oxygen and various waste products of the body's cells, especially carbon dioxide.

The blood that contains more carbon dioxide will be streamed to the lungs to clean. After being cleaned, aka containing more oxygen again, the blood will be taken to the heart that'll pump throughout the body.

Misconceptions about menstruation also aggravate misnomers further. There's a sense in the community that menstruation is the body's attempt to remove bad blood. A woman who uses contraceptive injections generally worries that when not having periods, dirty blood will accumulate in the body and cause diseases.

What correct is, menstrual blood isn't bad that must be removed. The color is darker, sometimes coupled with the presence of a clot, because the blood is mixed with surface tissue in the uterus shed regularly every month.

It's just a natural process which indicates that the female hormone system is functioning well.

When you use a contraceptive injection or implant, menstruation isn't gonna show up each month because your hormone system is under the influence of contraception that have been given to suppress fertility. Uterine tissue decay doesn't happen so there's no menstrual blood.

Conversely, if you don't use any contraception, but menstruation doesn't appear, you need to consult a doctor.

Another myth that uses the term of dirty blood is to describe pus. In the myth, it's believed that if our blood loses the fight against germs, we'll be ill and the blood will become dirty as found in ulcers or sores.

It seems, this is bad blood in the TV ads. Therefore, what wants to inform is a drug for boils, acne, rashes, and prickly heat. It's unclear whether the ad is the embodiment of the confusion about the term of dirty blood or the exploitation of the ambiguity as a trading tactic.

It's true, there's a blood component in charge of fighting against germs but they won't make the blood become dirty. The truth is, when personal hygiene isn't maintained, especially the skin, many problems can occur.

Because dirt is most conveniently attached to the hair and its roots, it becomes part of the entrance for bacteria to cause infections in the deeper skin that arise the ulcers.

What matters more is how to treat the various skin disorders. Wet and pussy ulceration and eczema may require compresses while dry abnormalities can be treated with creams. Ask your doctor to explain the correct way to compress because the wrong compression can cause injuries never to dry.

Dried skin disorder can be treated with creams and ointments.

Ulcers will usually heal themselves. When the boil bursts, what needs to do is to clean the pus with an antiseptic. The rest of the wound will heal itself.

The Encyclopedia of Natural Medicine

Principles and Practice of Sleep Medicine