Toxins Out during Fasting 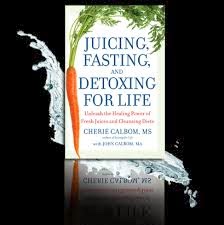 Try to remember. In the last few days, did you frequently get headaches, sprue, skin problems, body tired? So, be careful. According to Andang Widhawari Gunawan, a nutrition consultant and initiator of Food Combining, those conditions indicate a pile of toxins in your body.

Toxin or poison would be expelled from the body. If the numbers are excessive, they'll accumulate and cause a toxemia. Don't joke a toxemia because it deals virtually with all degenerative diseases.

Brief explanation is here. The cells of our bodies obtain some food from the blood while blood acquires from the intestines. Intestine absorbs some food from every substance we consume. If there are toxins in the intestinal tract, the toxins will be absorbed and come to circulate with the blood into any cell of the body.

Toxins can come from the inside (endogenous) or the outside (exogenous). The endogenies are, for example, metabolic waste, free radicals, excessive production of hormones due to stress, impaired hormonal function, and disease bacteria that already exist in the body. Thus, the food we consume to meet nutritional needs turns veiled toxins we don't realize.

Actually, the body already has its own mechanism to deal with these toxins. Perspiring, urinating, and defecating are a detoxification or excretion of toxins from the body naturally. However, this doesn't necessarily solve the problem. There are the causes that make the natural mechanism disrupted.

"Just imagine if one day, we experience a bowel disorder. It means that our bodies store toxins for one day. If many days, automatically, toxins accumulate and precipitate. So, waste water or sweating isn't enough." Said Andang.

For that, we must detoxify on a regular basis.

Correct detoxification is the answer for the body to obtain right nutrients and give the opportunity more freely to conduct a discharge. Organs that play a role in the process of detoxification are the liver and intestinal tract.

Detoxification only focusing on spending the poison alone is very dangerous because it puts pressure on both the organs. So, in addition to remove toxins, detoxification must also provide some food and support the work of the organs.

There are two detox systems. The first is xenobiotic detoxification, the process of neutralizing toxins from chemicals and harmful metals from food and air. The second system is antioxidant detox that cleanses reactive substances of oxygen or free radicals, such as ultraviolet light, cigarette, and the smoke of burning.

Indeed, fasting done by the Muslims is an easy and safe way to detoxify. Detoxification should be done once a year for 30-40 days. This is only approximate. The unhealthier we are, certainly, the more frequent and longer it takes for the detoxification process.

In order not to be surprised if you have to fast for 30-40 days, practice to fast 2 days a week.

When you fast, naturally, the intestine will cleanse itself. At the same time, other organs, such as the liver and the stomach, will rest. Liver, the largest organ in the body, has an arduous task. It becomes a place to filter everything consumed or inhaled by humans, including those absorbed from the skin surface.

By fasting, there must be a pause for a few hours for liver to rest. Meanwhile, the stomach is a food cart that doesn't protest even though the entry is an ugly food.

For beginners, start the detoxification process by eating more fresh fruits and vegetables. These foods contain a high water and fiber that help to expedite the removal of toxins from the intestines. In addition, they're also loaded with vitamins, minerals, and antioxidants needed by the detoxifier organs.

Furthermore, do a fasting. If you need, consume special detox supplements. In choosing a supplement, preferably, choose those that contain organic groceries. Reduce all acid-forming foods for 3-7 days before doing a detox.

Also, during fasting, hold the desire to consume the acid-forming foods. Acid-forming foods are those that contain a protein, starch, and fat. Effect for the body is the emergence of acidosis, an abnormally increased acidity of the blood.

Poison expenditure process is slow at first, especially, when the poison has been long established. The process also takes a long time. Good detoxification process does take a time but the results are longer lasting.

Don't be surprised by the changes in the body while you undergo some detoxification. In natural medicine therapies, such the body's reaction is referred as healing crisis. The forms and manifestations vary for each person, for example, the color of urine that changes to become more turbid and foul-smelling, farting with a very piercing smell, dizziness, nausea, joint or muscle pains, cough or cold, and dirt accompanied by quite dense mucus or phlegm.

The reactions usually appear on the third day and don't last long, at least a few days. When the healing crisis arises, don't take any drug. If you're not sure with what you feel, you better consult a nutritional therapist or doctor who understands about nutritional therapy.

To overcome detox reactions, do the following things:

1. Rest in a cool place that has a good air circulation.

2. Don't sunbathe under the sun.

3. Don't do activities that spend many energies, such as walking, vigorous exercises, or sexual intercourse.

4. Drink a lot. However, it's only allowed to drink a water and fresh fruit juices. Turbid urine color may be due to lack of body fluids.

During the healing crisis, avoid heavy foods, such as meat, rice, and fatty foods, along with exposure to pesticides. Most importantly, be patient, especially for those whose poisons have been formed for a long time. It'd take too long to clean them. Just imagine when you have to clean the crust dirt that has long stuck on the bathroom floor.

Detoxification process itself is complicated. There are five stages which take place within 40 days.

The first phase lasts for two days. At this stage, the blood sugar level drops below 70 mg/dl. To return to normal, glycogen by the liver is converted into glucose and released into the blood. Glycogen can also be taken from the muscle, resulting in the body to become limp. To save an energy, the basal metabolic rate is down so that the heart rate slows and blood pressure drops.

Healing crisis that arises at this stage: headache, dizziness, nausea, bad breath, misty eyes, and tongue felt thick. This stage may be characterized by a very strong hunger.

The second stage takes place on the third day until the seventh. The body has begun to adjust to the conditions of fasting. The digestive system takes a break and focuses its energy on cleansing and healing.

Fat is broken down to release glycerol converted to glucose. Oxidation of fat produces ketones which suppress the appetite. The skin is oilier, pimples or boils may even appear, because damaged fats begin to remove from the body.

The cleaning organs begin to improve, including the lungs. So, if the lungs pain, don't fear. Improvements also touch the colon so that plaques on the wall start to soften and off. Breath still smells; and the tongue is still thick.

A week later, day 8 to 15, is the third stage characterized by increased energy, clearer mind, and body that feels more fit. Old scars may interfere and cause a pain because the body's ability to heal is increased during the detoxification process.

White blood cells secrete a substance that can dissolve dead cells. These substances cause a pain in the nerves around the scar. The pain is actually a marker that the healing process is almost finished. Pain and tense also appear in the muscles due to toxin irritation, especially in the legs because the toxins gather there.

Another issue that arises at this stage is canker sores due to excessive bacteria in the mouth. The solution is easy. Gargle with salt water.

The rest of the days to completion is the fourth stage. The body has been adapting to the detox process so that energy is increased and thinking is clear. Clear mind might feel after the 20th day. Emotions become stable. Memory and concentration are increased.

The body has worked at maximum capacity in replacing damaged cells. Homeostatic balance reaches an optimum level. The lymphatic system is clean; but mucus could still come out through the nose and throat. Breath disorder is gone; so the tongue is normally pink. So, you're confident again.

The fifth stage is to break the fast. When you break it, the food intake will release the plaque on the wall of the intestine that has been softened. Toxins enter the blood and out of the body through the colon.

The bile disposes of waste in large numbers that causes anxious to defecate after eating. It may be followed by diarrhea. If you discomfort, it can be helped with colon hydrotherapy.

Long and uncomfortable, it seems, is the detoxification process. However, remember the benefits after it: skin becomes clean, healthy, strong, and gentle; weight loses; memory increases; blood sugar level, blood pressure, liver function, and kidney become better; symptoms, such as allergies, headaches, bloating, and so on are lost; and many more.

So, why don't you forward your fasting? For those haven't fasted, practice it.

Natural Therapy for Your Liver

How to Pick the Perfect Fasting Diet