Failure to Base Success 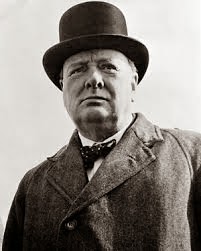 "Failure is a delayed success." The purpose of the saying, of course, injects the spirit that failure isn't the end of everything.

Failure, indeed, can be positive if we can benefit from that failure. Instead, it would be negative if considered as the doorstop that couldn't be penetrated again and make people surrender to fate.

In order that failure isn't a terrible scourge, the following can be done.

Looking at a failure as an event of life that must be experienced. We're ready to accept failure at any time and in any form. Failure isn't a "virus" or "monster" to be feared.

There are two main factors causing the failure, the internal and external factors.

Internal factors are the cause that comes from within ourselves. It may be less cautious in doing something or because you think something trivial so it isn't done with all your heart. With greatness of soul and magnanimity, we must admit, we ourselves are the cause of the failure.

External factors are the cause beyond ourselves, for example, competition with others.

By evaluating ourselves means that we're trying to admit mistakes. Wanting to evaluate yourself also means being mature and wise for daring to be responsible for what is done. Self-evaluation as well trains for more understanding about ourselves.

One cause of failure is a weakness in the self. The weakness was considered reasonable, perhaps, because of lack of control or less able to do it. Researching the weakness itself is actually an opportunity to self-correct.

Conversely, if don't want to admit weakness, we'll live in a virtual world because we'll never see our true self.

Opportunities can be obtained if willing to learn from failure itself and able to deal with the things that make us fail. What we have isn't a threat to life but an opportunity to change our lives to be more effective.

That we want to turn failure into success, we want and be brave to try it again. Before trying again, it should be well thought-out measures to be taken. If an error occurs again, don't hesitate to revise and try again until finally surviving it.

The key is persistence and unyielding attitude in trials to overcome failure.

The Book of Life

Wake Up! Your Life is Calling